COMING SOON!
River Company returns to Skidompha with its adaptation of Charles Dickens's "A Christmas Carol," on Friday 12/9 at 7:30 PM and Saturday 12/10 at 3:00 PM in Porter Hall. This production, based on Orson Welles's Campbell Theater 1939 Christmas Eve radio broadcast, invites the audience to join in and sing along with the familiar Christmas carols that punctuate the show. In keeping with the spirit of kindness, generosity, and universal love that inspired the original tale, River Company continues its tradition of donating the holiday show proceeds to a local charity, this year to Healthy Kids. Reserve your seats online at http://rivercompany.ticketspice.com/acc, or simply make your donation at the door. Suggested donation: $10 (adults) and $5 (18 and under). For more information, call 449-2943. All online shows are FREE and FUN!

Take Me to the Shows!

​Dr Evil and the Pigeons with Lasers
By Brian D. Taylor

At the monthly online meeting of the Council of Evil, bumbling ne’er-do-well Dr. Evil reveals his newest plan for world domination: Pigeons armed with lasers!  Having heard his harebrained schemes before, Countess Gothma, Lord Warhammer, Archduchess Arsenica, and Prince Vladi practically laugh him out of the Zoom meeting but allow him to proceed with his plan. Madness and hilarity ensue as his laser pigeons attack Seattle, New Jersey, and Oklahoma! 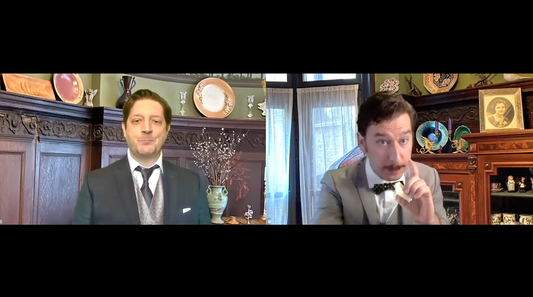 ​The Importance of Being Earnest
By Oscar Wilde

In town Jack Worthing has wooed Gwendolen Fairfax under the name of Ernest. In the country, Cecily Cardew is in love with her Uncle Jack's supposed brother Ernest. When both Ernests, Cecily, and Gwendolen meet at Jack's country home on the same weekend, pandemonium breaks loose. 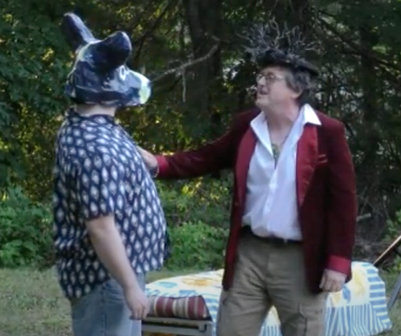 Shakespeare’s joyous comedy about love and its complicated course: lust,  confusion, disappointment, and marriage.
A Midsummer Night’s Dream weaves together four separate stories:
the marriage of the Athenian Duke Theseus to the Amazon queen Hippolyta; the conflict between Oberon and Titania, king and queen of the fairies; the follies and strife among four lovers in the forest; and the comically earnest efforts of a group of "rude mechanicals" to stage a play for the royal wedding. All are fair game for mischievous  sprite Puck, who proves that beauty is in the eye of the beholder.
CALLING ALL ACTORS, TECHIES, & FRIENDS!
Come be part of River Company's 2023 Season!
For our Audition & Participation Form, please follow this link!
River Company is a non-profit, 501(c)(3) corporation. Our Mission: River Company provides a local arena for artists to gain theatrical experience that fosters artistic growth.  River Company’s work reflects and entertains its community through its creativity, flexibility, and versatility.
Donate Now